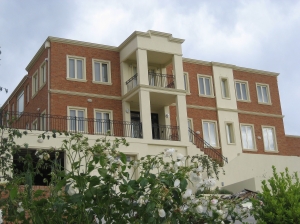 Architectural decorative mouldings have long been used to add a decorative finish to a building.  They are still used today and even on a post-modern style home create a stunning finish.  Builders trust the Finishing Touch to supply decorative mouldings to suit any style of building and totally appreciate their lightweight mouldings that are easy to install, are made to the highest quality and have outstanding longevity.

Some examples of the type of mouldings the Finishing Touch have supplied for post-modern designs include a forty square home in Studley Road, East Brighton which had prominent exterior mouldings applied to the front exterior, including three arches, creating a stunning first impression.  Eave moulds, parapet moulds, stringer moulds, window architraves, quoinings, key stones and under gutter moulds all contributed to a very handsome exterior.

A large variety of styles and sizes in lightweight mouldings are available from the Finishing Touch, and because they are manufactured locally, they can also efficiently supply customised decorative mouldings to your specifications.

The Grand Dame of Australia, the city of Melbourne has an elegant, sophisticated aura , due in part to its classic buildings, which are a fascinating mix of architectural styles. Many of these buildings have significant historical value and it’s fortunate for the city that they withstood the wholesale destruction of so many iconic buildings during the modernisation period in the ‘50s, ‘60s and ‘70s when the State Government set about a major renewal of inner Melbourne 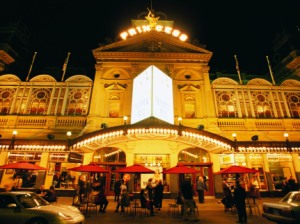 The flamboyantly designed Princess Theatre situated in Spring Street was first opened in 1857 and again remodelled in 1886. In recent times it was under threat, but thankfully for Melburnians it was instead revamped, and is still a working theatre. These iconic buildings are wonderful examples of architecture and exhibit the brilliant use ofdecorative mouldings to further decorate and define a building.

When it comes to grandeur the two cathedrals in Melbourne are stunning. St Patrick’s, the Roman Catholic Cathedral was built in stages from 1858 right through until 1940 and is a fine example of Gothic Revival Architecture 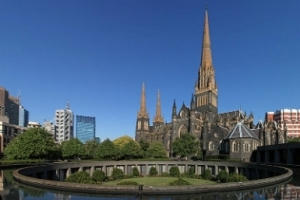 whilst St Paul’s Cathedral, the Church of England Cathedral, 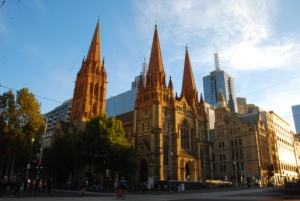 was constructed between 1880 and 1931 in a Neo-Gothic style. Studying the decorative features of these beautiful buildings is truly inspiring.

The Melbourne Town Hall, situated on the corner of Swanston and Collins Streets, was ready to be used by the City Council for meetings in 1852 and was completed in 1870. This classically designed building is constructed from a mix of bluestone and Tasmanian freestone; it features a clock tower and fine masonry.

As Melbourne grew it developed its character through the construction of grand buildings in the ornate Victorian era style. At 673 Bourke St Melbourne stands what is known as ‘Donkey Wheel House’, a superb example of High Victorian Venetian Gothic Architecture. 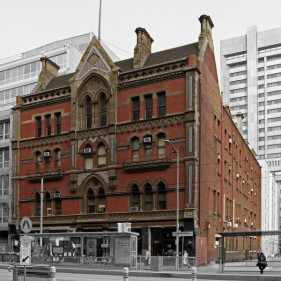 This building was purpose built in 1891 for the Melbourne Tramways and Omnibus Company.

The Old Treasury Building, located in Spring Street, was originally constructed between 1858 and 1862 to hold the gold bullion discovered in the 1850s Gold Rush and was designed by 19 year old Architect J.J.Clarke. 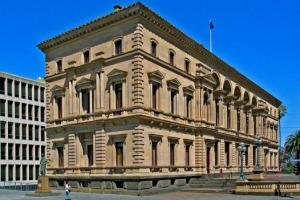 Regarded as one of the finest 19th century buildings in Australia this grand palazzo style building is now open to the public both as a museum and as the Victorian Marriage Registry, a fitting setting to solemnise a marriage.